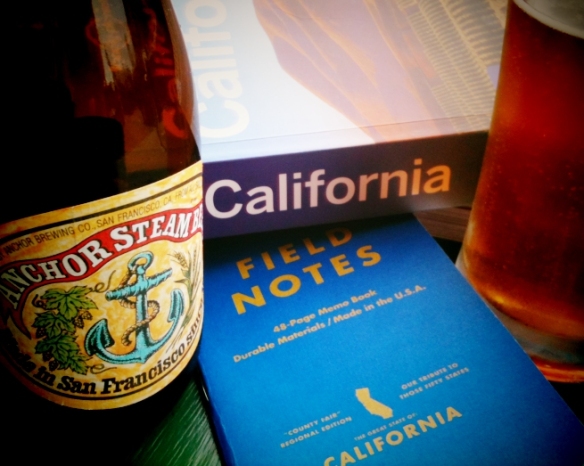 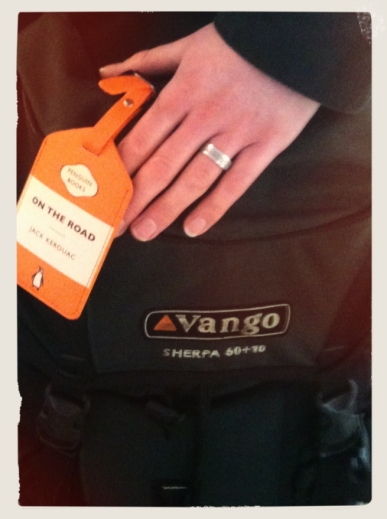 Yes we did have themed literary luggage tags, because we are that pretentious. And yes, that ring on my finger is made of meteorite and, yes, it is awesome because IT WAS ONCE FLYING THROUGH SPACE! No, this has nothing to do with California. Read on.

And God bless Virgin Atlantic, too, for giving us bubbly (read: cava) in a champagne saucer on the flight over because it was our honeymoon. No it wasn’t the hoped for upgrade, but after four glasses of cava at 30,000ft you could be sitting in the baggage hold and you wouldn’t notice.

GETTING MARRIED is the most wonderful experience – it’s like being king for a day: you walk into the room and people burst into applause. That really should happen more often.

Then suddenly it’s all over, everyone departs and the next day you find yourself in a petrol station on the M6, wondering why people aren’t clapping. So thank goodness we went to California – all I needed to do was open my mouth, speak in a British accent and people automatically assumed that I was related to Prince William. God bless America.

You might have heard of the first place on our trip…

In Infinite City, her atlas of San Francisco, Rebecca Solnit says that

“A city is a particular kind of place, perhaps best described as many worlds in one place; it compounds many versions without quite reconciling them, though some cross over to multiple worlds – in Chinatown or queer space, in a drug underworld or a university community, in a church’s sphere or a hospital’s intersections. An atlas is a collection of versions of a place, a compendium of perspectives, a snatching out of the infinite ether of potential versions a few that will be made concrete and visible.”

This post and those that follow will examine some of the versions of San Francisco that I experienced, my snatches out of the infinite. And what better way to get to know a city, than through its food? 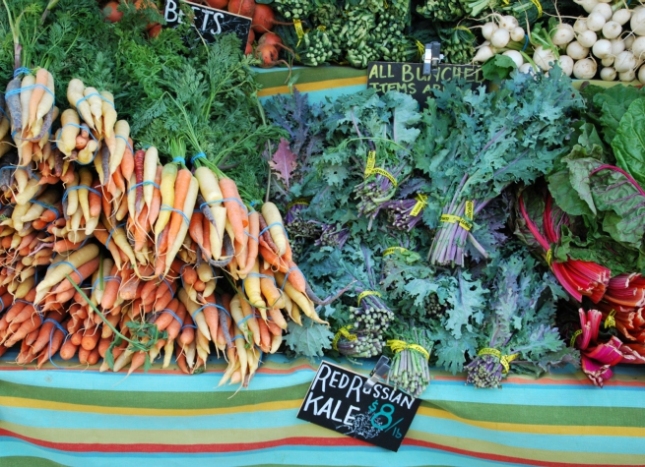 Don’t tell me that this sight doesn’t get your heart racing a little faster.

THERE IS a strange sense of dislocation when you first arrive somewhere new, faraway, but somewhere you’ve read about before. It’s the sense that all of this is at the same time both new and familiar to you. It’s the realisation that despite this being a first for you, it’s going on everyday even without you being here to experience it and it’s desperately familiar to all the people who are already here. It’s the comprehension that, no, you’re not trapped in your own version of The Truman Show after all, and that you really are an insignificant part of the universe.

The familiarity of the famous – a dog walker takes a stroll.

Stepping out of our rented apartment onto a San Franciscan street I felt this now. The hills and sideways-parked cars I had seen on films before; the plants seemed strange and exotic, yet expectedly so. My tired brain struggled to take in all these new-old sights and the accompanying feeling of existential weirdness.

So we did what any sane person does when faced with a profound feeling of their place in the world. We went for sushi.

It was the best sushi I have ever had.

The place was Amasia Hide’s Sushi Bar in the Castro district. As with all sushi places, the menu was overwhelmingly large. We stared at it blankly before choosing a couple of the set dishes. Our waiter quickly took our order – it was 5pm on a Monday and there was only one other person in the place – and then the sushi chef behind the counter started slicing and rolling, or whatever it is that sushi chefs do. Then deliciousness happened.

Within two hours of San Francisco I was eating food completely new to me. I couldn’t tell you what any of the appetisers were – mainly because I didn’t recognise them, but also, let us not forget, the Virgin Atlantic Cava was still somewhere in my bloodstream. In a moment of lucidity I asked our server what we were eating and even managed to write this down. It was hijiki seaweed. It looks a little like a black version of samphire, an edible plant found in UK coastal areas and beloved of the celebrity chef Hugh Fearnly-Whittingstall. It has a malty, sweet-savoury taste, like fruit cake, and I liked it very much. Even the pickled ginger in this place was outstanding – soft yet crunchy, sweet yet tangy. And all this before I even got to any fish! The sushi itself: super fresh octopus, tuna and eel, wonderfully salty-sweet roe that popped on the roof of my mouth and sensational spicing.

Sadly I had to share it all. Something about being married apparently. 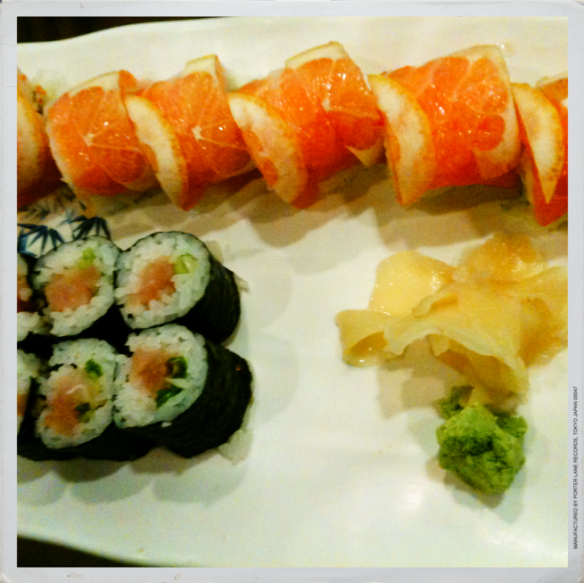 Actually this little plate of deliciousness is from the airport whilst we were waiting for our flight home. Despite the aviation setting, it was still frickin’ awesome. The message? Eat sushi in San Fran.

NEXT TIME…. I eat the most expensive meal I’ve ever eaten, enjoy some meals on wheels and generally make myself bitter about not being in San Francisco anymore.

3 thoughts on “San Francisco by Plate, Fork & Chopstick: Or, How Stuffing My Face Showed Me San Francisco”