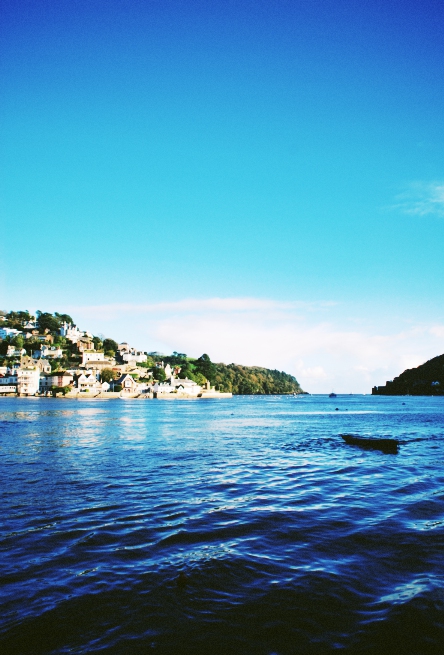 Devon: not where we’re going.

I CAN’T DECIDE whether or not to take a pair of jeans.

Two months to go until we depart for a year of travelling, and this is what is preoccupying me. The internet is divided on the issue, and the arguments for (dress up or down, it’s the uniform of the world, they’re comfy, and they don’t need washing often) and against (they’re heavy, slow drying and not much use in hot climates) are well worn and probably a little cliché (this article on BK-C’s new favourite website for the packing obsessed summarises the debate nicely).

Arguably I should be worrying more about the very real issues of our chinese visa, securing a cholera vaccination or how we will access our money when abroad. I am acutely aware of The Things That Need To Be Done, but cannot stop obsessing over inconsequential details. It was all fine until we spent a Saturday evening watching YouTube videos of people unpacking their travelling bags and describing what they’d taken on their trip (it’s a rich seam of Saturday night fun, with more videos than could ever fill your rapidly diminishing social life. Check it out). Then the lists took over. Our families have been issued with Christmas lists of needed items (“Mother, it’s essential that I have a silk sleeping bag inner and a bottle of iodine”), our friends with dates when they are required to say their farewells to us (weeping is optional but strongly encouraged) and various assorted relatives with inventories of items they will be required (“honoured”) to look after for a year. The gravitational pull of the Master List increases as we speed towards January 3rd.

THERE HAVE BEEN some early wins. New passports, their covers stiff and unblemished, complete with our married name (yeah, we’re those people with a double barrelled surname). Vietnamese visas, excitingly foreign looking in our otherwise blank passports. And the contents of one bookcase (out of five) transported to my parents’ for safe keeping (except for the Riverside Chaucer, which, for some unknown reason, I insisted keeping here in case I wake up in the middle of the night have to check something from The Canterbury Tales. It hasn’t happened yet).

As 2014 gets closer, things are starting to get a bit more real. Little things – like this week we went away to Devon for half term and the bed was neither as comfy or as big as our bed at home, and the realisation that “our bed” wouldn’t be ours for much longer and frankly we better get used to lumpy mattresses. I’ve had to stop visiting our local British Red Cross shop to buy their £1.25 paperbacks because “you can’t take the library with you David.” And when we buy store cupboard food items, we’re starting to think whether we’ll get through them before we leave.

Goodbye home comforts. In an effort to harden herself against the expected deprivations of travelling, in Devon BK-C bought this chair with four legs that don’t even touch the ground. It will also, she tells me, simulate the rocking of the ocean, so that I can acclimatise for all that sailing we’ll have to do between Indonesian islands. That’s right, we’re in training.

Meanwhile, all of my friends seem to be buying babies and having houses, or combinations thereof. Some are onto their second of each. But for us, I find it hard to plan beyond our year away. Where will we be living, what jobs will we be doing? We have an idea but nothing set in stone. It’s exciting but also slightly dislocating when we visit friends’ houses and talk about their next few years’ planned renovations. This week in Devon we visited some good friends. As we were saying our goodbyes, I realised that I wouldn’t see them for probably another eighteen months – their baby would be walking and talking and their three year old would be, well, doing whatever it is that five year olds do.

The temptation, as you may have guessed from this blogpost, is to become a little self indulgent. Perhaps that’s the point of taking a year out: it’s a grand exercise in navel gazing. I try to get over it by worrying about the jeans.

2 thoughts on “A Year’s Navel Gazing”